Celebrating All Things Organic for #organicSeptember

I'm celebrating all things organic this September - and in Devon that means there is LOTS to celebrate!

But why organic? Well, there are many reasons but they can pretty much be summed up saying: I love bees.

I love that they like to dance. I love watching one bee who's found a really good patch of flowers go crazy getting all the goodness for himself. I love how fuzzy the bumbles are. I love that there is a queen bee named after Beyonce. I love watching them disappear into a foxglove and come back out. I love seeing them working away even when their pollen sacks are filled to bursting. They make me happy.

I mean just look at this guy? 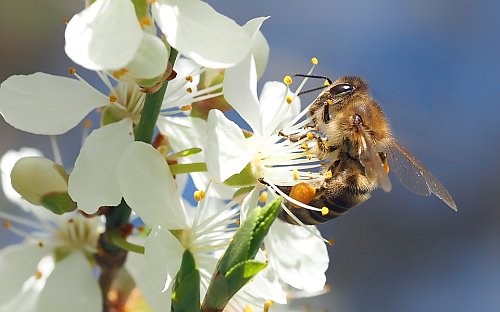 When you see that little Soil Association organic mark in the UK, it means no herbicides or artificial fertilisers. It also means more sustainable land management and more respect for wildlife. And that means more respect for bees - and everyone else by default. And most importantly it means bigger flavours and even healthier foods.

Farming is at the root all things organic so I will be starting out the by looking at organic vegetable box schemes before moving onto farmers markets and some of my favourite organic food shops. And though food is the first thing that comes to mind, but the range of products that can be organically sourced is immense. Shoes, make-up, clothing, nappies and even holidays can be made organically, so I'll explore some of these too!

That Time I Ran Away to the Circus: Paulo Circus at Darts Farm, Exeter 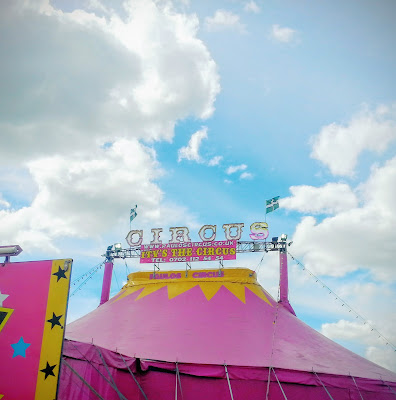 There is something special about a circus. Big tent. Bright lights. Rocking up to a field near you. Literally bringing magic to the masses. The Paulos Circus is at Exeter's Darts Farm until 24 July. They come every year and this time, I was there for opening night!

One of the oldest circus families in the UK, 2016 marks 200 years and six generations of The Paulo family in entertainment. Animal free and family friendly, the show lasts just over and an hour but will make a lasting impression. My little one absolutely loved it and didn't want to leave! There was magic, acrobatics, and some truly remarkable hula hooping! My boy was raving about a certain bit of percussive juggling, an act I had never seen before, all the way home. BUT my favourite by far was the high wire work - like, there's a reason why it's a classic.

In the tradition of performers from the as far back as the Renaissance, stretching into the birth of 'circus' in the 18th century London and through the modern age, displays of extraordinary human skill are presented to amuse and inspire. During World War II, Paulo Circus shows boosted morale. And as recently as April 2016, The Paulos Circus presented a free show for more than 350 Yorkshire Boxing Day flood victims, earning them a nomination for the York & District Medal. Circus spokesman Kenny Darnell said: "We just wanted to give a little happiness to people who had suffered during the flooding."

We enjoyed the adventure of it, the magic and heading to the source of a tradition that continues to captivate. 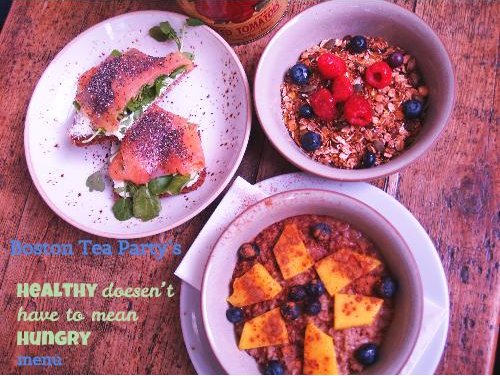 I am not gonna lie. I was really excited to try Boston Tea Party’s new healthy menu. This is my kind of grub. Whole foods, fresh fruit, seeds, spices? Check, check and check. Not to say that BTP were a greasy spoon before. Far from it, their fresh squeezed orange juice has brought me back from the brink many many times and they have a long standing commitment to real, good quality, ingredients that is no joke. The new menu adds four new dishes to the mix and on recent trip, we got to sample three of them. 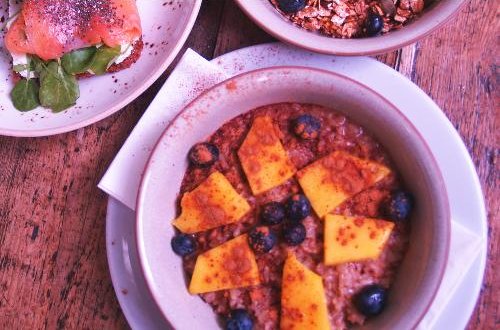 As a porridge loving vegan mama, the star of the show for me was the brown rice porridge. The in-house menu explains that it is vegan and comes with mango and blueberries but what is doesn't tell you is that it is made with coconut milk (YAAASSSS!) and covered in cinnamon. So along with having a decadent yet subtle refined sugar free sweetness, this little bowl of goodness is hitting out of the park with healthy fats, circulation boosting spice, high fibre, slow release carbs, loads antioxidants and a proper dose of mango flavoured vitamin C. And did I mention that it was well lush? Because it was. My toddler absolutely loved it as well, and it with nutritional stats like that, he can have as much, of his own, as he likes. We will meet again little bowl. Mark my words. We will meet again. 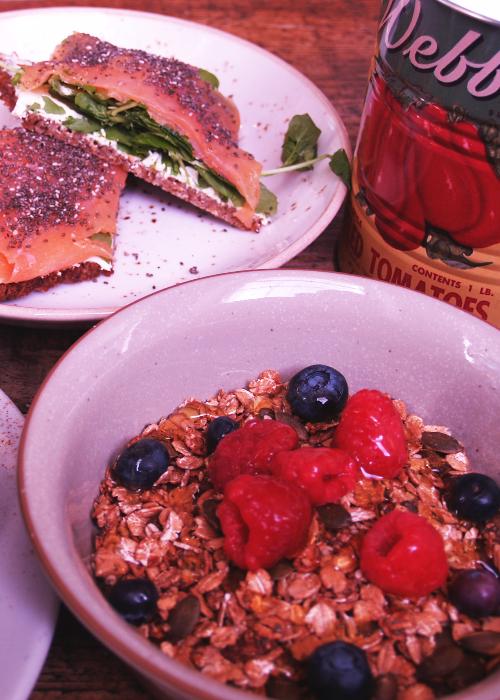 I also had the opportunity to try the granola, or as I started calling it, the lovely crunchy, toasty, cinnamony, bowl of spelty nom noms!  It was soooo toasty. As in, I think the cinnamon was toasted as well, so that it has that extra bit of zing? And all of the little pumpkin seeds were just ready to pop out of their skins. While the incredibly nutritious chia seeds worked their magic amongst all of the nutty spelt flakes and the cinnamon dust. Top it off with fresh blueberries and raspberries, or even Greek yoghurt, and you've got yourself a party. 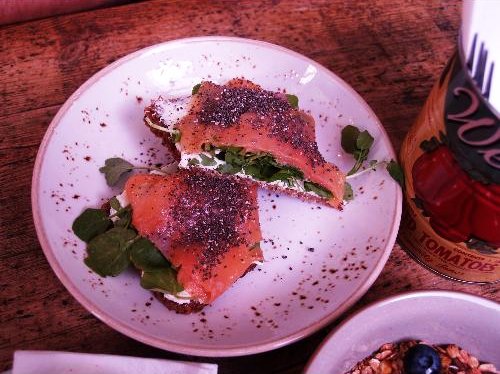 My partner had the enviable task of reviewing the smoked salmon with cream cheese on rye. In his opinion, this classic combination of salmon and cream cheese was made heartier with the rye bread and the nutrient rich chia seeds added and extra element of texture. With cream cheese as an ingredient, this dish is probably the most calorific of the bunch but all the protein of the whole grain, smoked fish and super seeds, should make a perfect post work out treat!

This menu is one that doesn't disappoint on flavour and at under a fiver a bowl, they are making sure that the superfoods don't come at super prices. On this trip we didn't get to the dukkah, but I'm sure we'll be back again. Watch this space!
Posted by Crystal Carter at 09:39 1 comment:

'Nice cream' is the deliciously indulgent, can't believe it's still healthy, eat anytime treat that is making vegans of Instagram go mad with glee. This one is made with Killerton apples and it's marvelous!

Short for 'banana ice cream', it is what happens when you blend frozen bananas with little or no liquid and is just what the dairy free doctor ordered. You can add almost anything to it to create new flavours - I've tried blackberries, strawberries and even spinach! So to celebrate Killerton's upcoming Apple & Cider Festival, here's my recipe for a pink apple nice cream treat. Free from added sugar and salt, it's as nutritious as it is delicious, great for breakfast or pudding.

This recipe uses the cardamom apple sauce that I made earlier, but you could use another apple sauce as well.

Apples are simply marvelous. They are probably one of the world's most popular fruits for this very reason.  In cakes and pies, poached, candied, baked, brandied - you can do so much with them it's kind of insane - and did I mention cider? Because you know....cider.

In the supermarkets, you'll generally find no more than 10 varieties of apple at any given time and most of those are from far flung places like South Africa, New Zealand or America. What gives? There is more to appledom than Royal Galas and there plenty of apple varieties that grow in England and are ripe for the picking throughout the year.  In fact, just up the road at the Killerton House estate, they're growing 100 varieties of old English apples in their orchards alone! I was lucky enough to get a box of these tasty little fruits and have been whipping up a few seasonal recipes with some of their delightfully pink apples and have been loving the results.

This is an incredibly simple recipe for what may very well be the classiest apple sauce I have ever eaten. Cardamom is so fragrant, so light, so beautiful, it plays perfectly with a the crispness of a fresh apple. It's almost a dessert on it's own, but for me it was the first step for few more apple based recipes to come.

Posted by Crystal Carter at 15:57 No comments:

In honour of Killerton House's up coming annual Apple and Cider Festival and National Apple Day, I have challenged myself to put together a collection of apple recipes to ring in the new season.

Now nothing says autumn to me like apple crumble and this one's got a bit a of a kick with a nice spiced rum and some raisins! As with most things, it's all about the ingredients, so if you've got a nice bunch of organic Killerton apples, like did, then you're off to a winner and if you've got a good quality rum, then all the better!  Serve it how you like it with custard, ice cream or whipped cream, but it's got to be done!

Autumn is for Apples: Killerton Apple & Cider Festival Rings in the Season 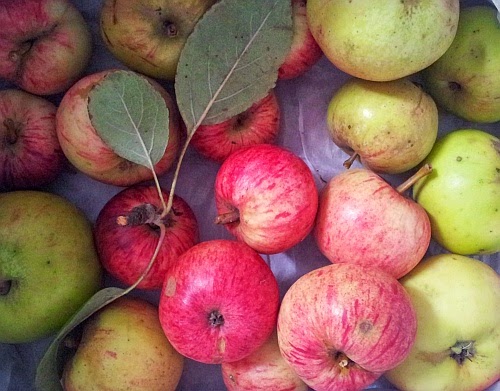 Exeter's local National Trust property, Killerton House, is ringing in the harvest with their annual Apple and Cider Festival. On Saturday 18 & Sunday 19 October, visitors to their Sparrow Park orchard will be treated to food, drink, song, and yarn bombing at their annual event.

Along with the cider festival, they're laying on a hog roast, morris dancers, live bands, a magician, wood crafts, archery, cycle tours, cider press demonstrations and more. Not to mention the fact that it's all going to look blooming magical with all the leaves changing colours.

This epically autumnal event is in honour of National Apple Day and Killerton's truly epic apple collection. With over 500 acres of traditionally managed orchards on the Killerton estate, they are growing 100 varieties of old English apple including the Killerton Sweet and Killerton Sharp which originate there. Killerton's wardens and volunteers produced an award-winning cider using a 200 year old farm press, as well as apple juice, apple chutney and orchard honey. And because they use traditional methods, the apples are grown without any chemicals, fertilisers or pesticides.

I was lucky enough to get a hold of a box full of some of their summer harvest and have been whipping up a few recipes to countdown to the event and celebrate this fabulous fruit. In the weeks to come, I will be sharing them here on the blog, so keep an eye out for tastiness. 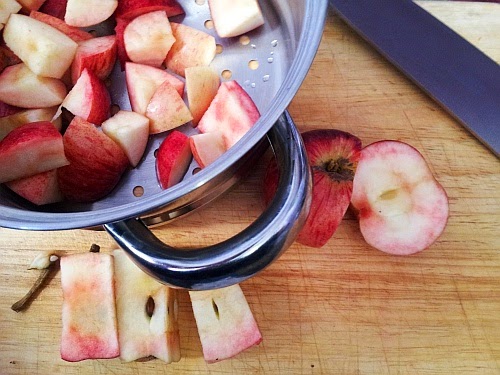 Posted by Crystal Carter at 00:52 No comments: